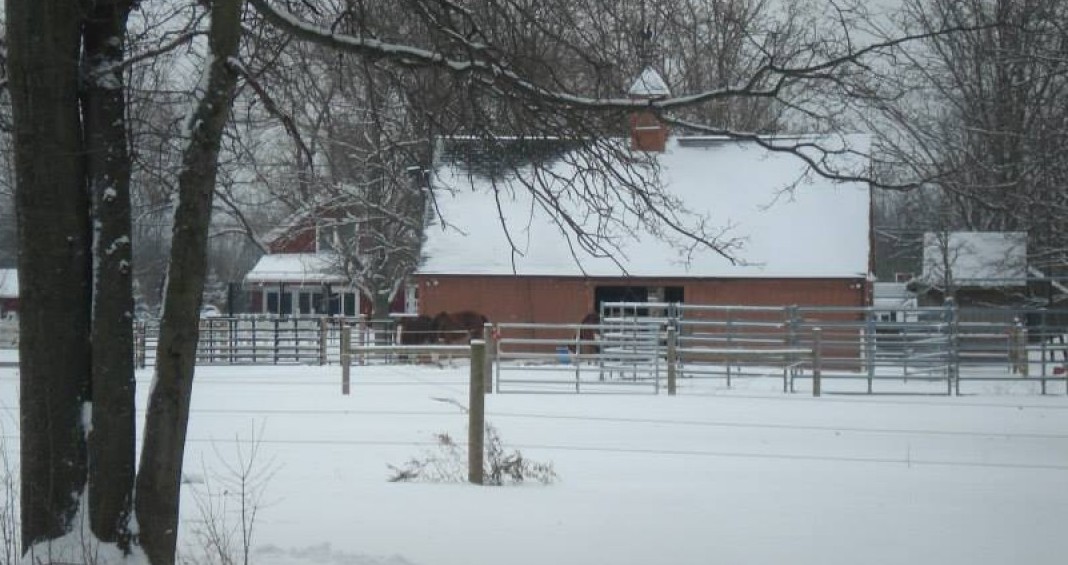 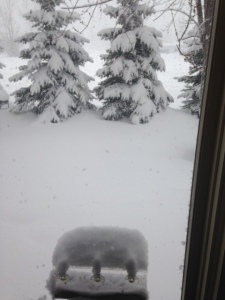 This weekend has been frigid.  I am not a complainer and I still will not complain today in -2 F temperatures and getting the 4 wheeler stuck about 1/8 mile away from the house and having to walk back to tell the man of the house (who had told me not to try and get it back there which made it MUCH worse!).

The kids were upset school was closed on Friday as they missed their Valentines parties but that lasted about 45 seconds and they realized it was great to be home and headed out to snowmobile.

Saturday morning we were hit with a snowy blustery day.  In the morning you can see how much it snowed by the snow on the bird feeder and trees.

This railing is waist high showing how much snow we have and drifting which made it a challenging walk to the barn for sure. 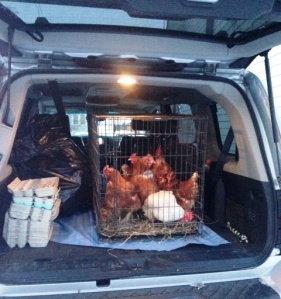 The new hens adjusted fine to their move and already are earning their keep! 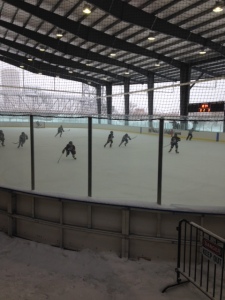 In the afternoon the boy had a hockey game at a new outdoor hockey arena called Buffalo Riverworks .  It was snowing and blowing like crazy and the temperatures were around 17F but with the wind it was much colder.

The new facility is fabulous and the boys had a blast even though they lost the game and we all bundled up, even Grandma, and stood out there to cheer them on. 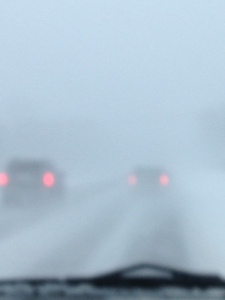 The drive home was quite the challenge but it was heavenly coming home to a roaring fire in the woodburner and a nice hot dinner of Turkey Chowder made with the leftover turkey and stock from Thanksgiving.

followed by checking out our new Buffalo Sabres player at the game!