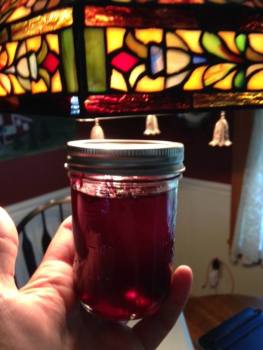 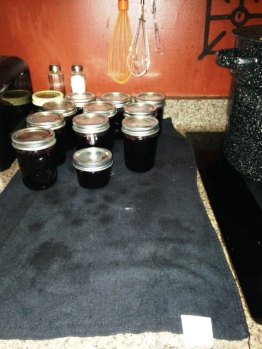 It’s almost Concord Grape season in our area.  I had one quart and one pint of homemade grape juice that we canned in 2015 left in the cellar.  Last night was the perfect night to process it into some beautiful, sweet grape jelly.

You can see how we process our jelly on an older post here:  Concord Grape Jelly 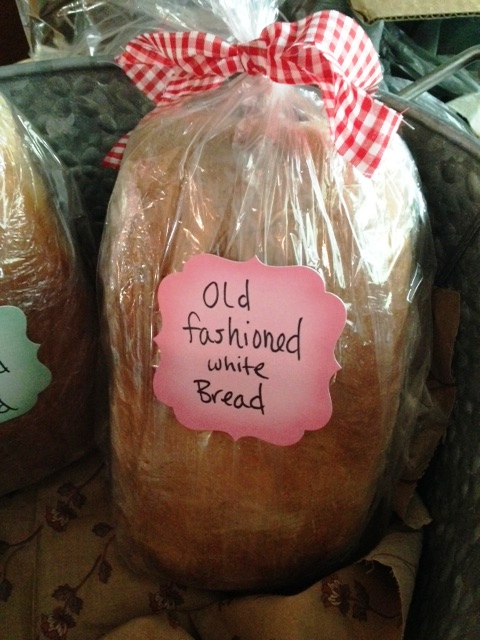 In my previous post I shared we will be selling our Old Fashioned
White Bread we make at the farm. 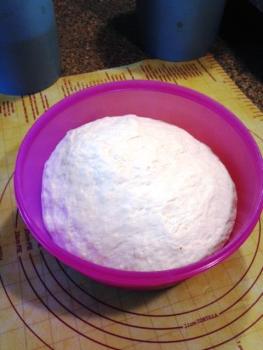 This bread is super easy and pretty much no fail for beginners.  It also has none of the horrible chemicals store bought white bread contains 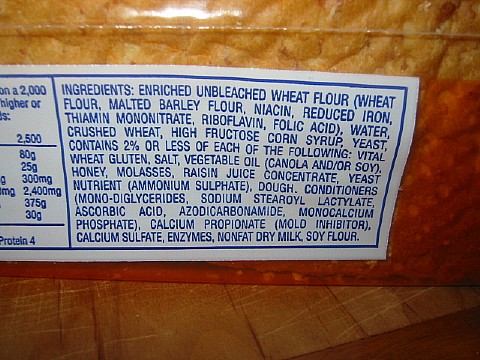 You can find our easy recipe on my facebook page here:  Old Fashioned White Bread

Pictures from Buffalo, NY, Stories from my past, Uncategorized

Our Island started a Farmers Market Co-Op about 3 weeks ago.  They asked all of us who farm or homestead to be a part of it and sell some of our goods.  It’s on Mondays after work hours for 3 hours.

We missed the first week but participated the second week by putting up a table and selling some of our homegrown vegetables, canned goods, baked goods, and the Teen Queen’s handmade clay jewelry, lipsticks and sugar body scrubs.  We had about 50 items and came home with 3.  I’d say it was a success!

This week we have a few more harvested vegetables to add to the table as well as some of our home baked Breads, Peach Skin Jelly, Dilly Beans and more canned peaches! 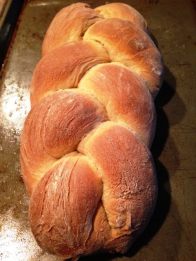 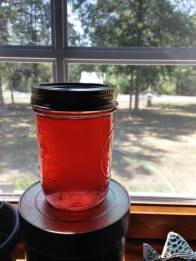 A farmers market is such an awesome opportunity to support your local farmers and meet people who like to homestead.  I always give out our Facebook site and this page so anyone who wants recipes to try their hand at adding a little of the homestead life into their busy lives can try it. 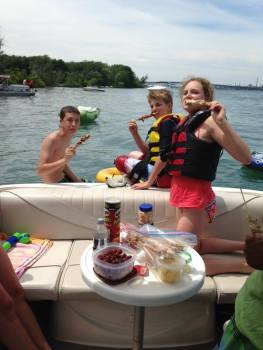 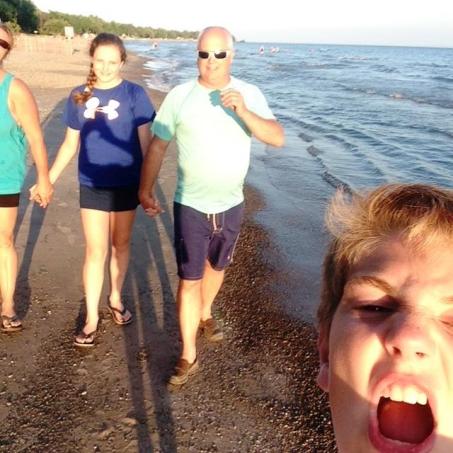 I am asked over and over again how I fit all of this in with working, kids sports almost every night, barn chores, animal care, and still finding time for boating and spending family time visiting all of the summer happenings in our area.  My answer is always…you just make the time.  Whether it’s baking, canning, or making jewelry, providing anything for your family that is homemade is such a great feeling.

Here’s to hoping today’s market is a success like last week!!! 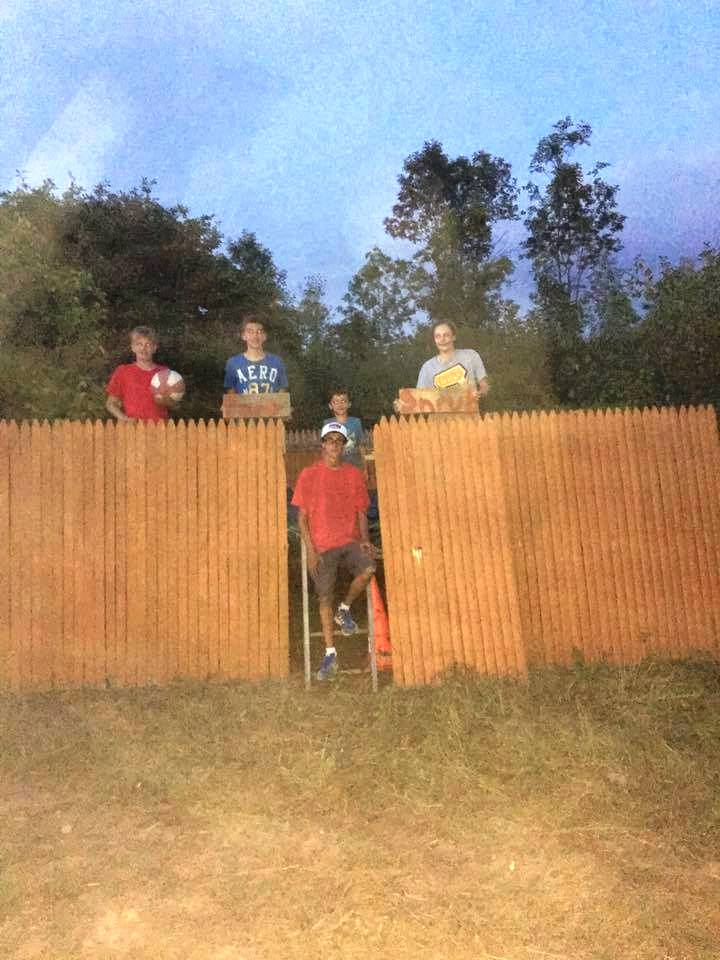 A few weeks back a neighbor was throwing out an old privacy fence and their trampoline.  Now mind you, they considered this garbage.  As soon as the kids were aware of what was happening, they considered it finding gold and exactly what they needed for a new fort in the woods. 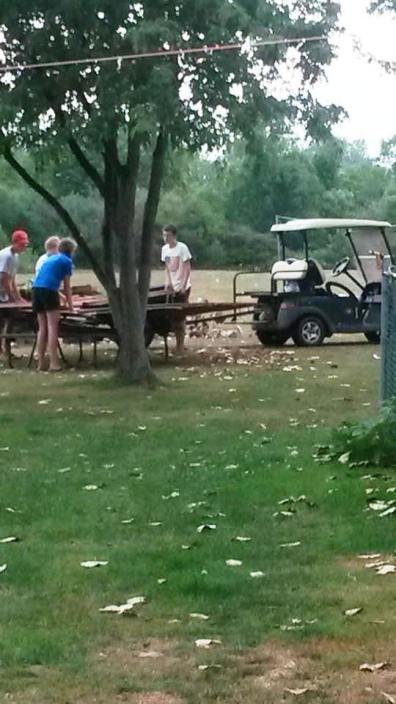 They carefully loaded all of the panels onto a trailer and drove them back to their “work” area.

They cleared the perfect area for their fort by driving 4-wheelers and doing donuts in a small area to break down the brush.  Then it was time to drag the trampoline with the 4-wheelers into place.  This is the roof of the fort which is underneath.  The top will be used to place a pop up tent when they want to sleep out there.

They collected old materials from our farm and our neighbors and laid them out so they knew what they had to work with.  They could hardly contain themselves on the eve of our trash night and rode the golf cart down our street to collect more treasures.  They found a few balls, an old hose reel that has been rigged to raise and lower a flag, chairs, old tires and most recently they picked a huge deck umbrella. 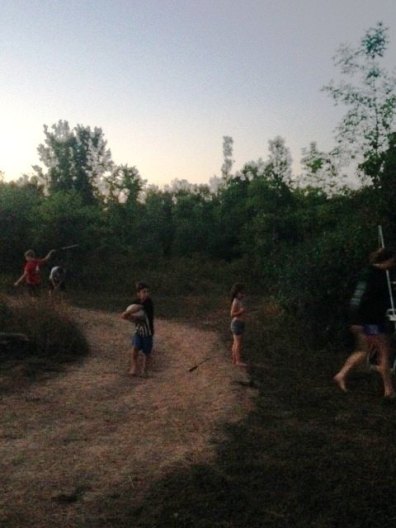 It was time to begin construction.  They nailed some boards around the frame.  This is holding the tarp in place which covers the trampoline.  Even the little ones were helping clear brush and design the area. 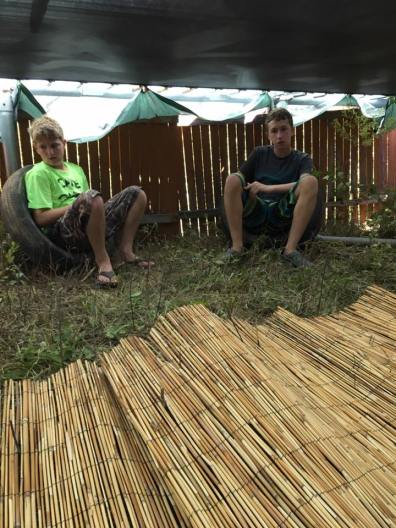 Some bamboo flooring and old throw rugs have been collected and added as a floor until they can garbage pick another tarp.  The tires are perfect as extra seating!

The name was chosen for the fort using the name of the family who donated the fencing and trampoline spelled backwards.  I thought that was a great choice and very imaginative.

This picture was Sunday night as they were driving the two and a half miles down our street looking for more treasures for their fort before garbage day. They wear their bathing suits as it’s been so hot here and they can work on the fort, drive up and jump in the pool and head right back out.

These kids have had very little television or computer time as they are up and out the door to work on the fort, swim, and play in the woods!  It’s hard to force them to work on mandatory book reports for the upcoming school year as they are so busy planning, building and having fun.

This is what summer vacation is all about in our world!! 🙂